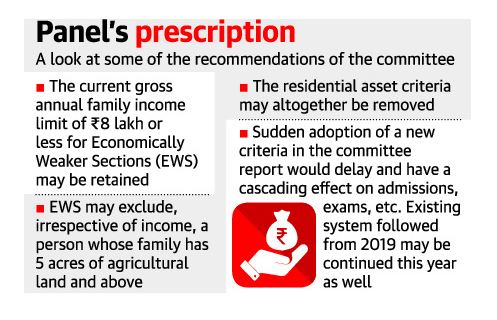 A government committee report in the Supreme Court has said that “income” is a “feasible criterion” for defining the “Economically Weaker Sections” (EWS) in society, and the annual family income of ₹8 lakh is a “reasonable” threshold to determine EWS.

Significance of the quota

What are the criteria to identify the section?

What are the court’s questions about the criteria?

What is the current status of the EWS quota?

The EWS quota will come in for judicial scrutiny soon. But it’s not only a matter for the judiciary, India’s Parliament should revisit the law too.