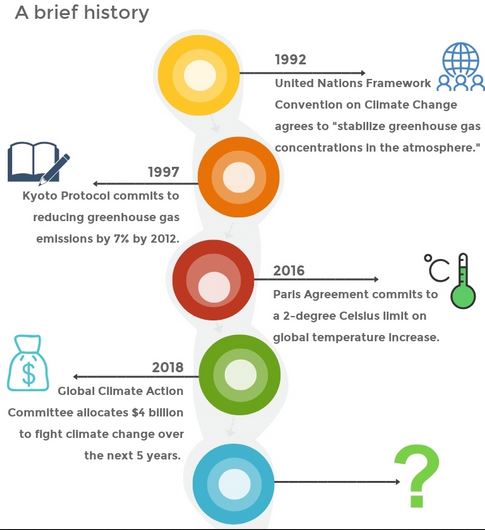 China’s announcement of achieving net-zero by 2060 is a stepping stone in the fight against climate change. But it means nothing until countries share the goals they intend to follow.

Why are we reading this news?

We often get to hear that UPSC suddenly switches to basics after maneuvering over current affairs. This news is a perfect example which strikes the balance between basics and current affairs.

Climate change: A disaster in making

Wait! You need not remember everything* in this newscard. But, have walk through the timeline; it will concretize your idea about the global climate action and the possible way forward. 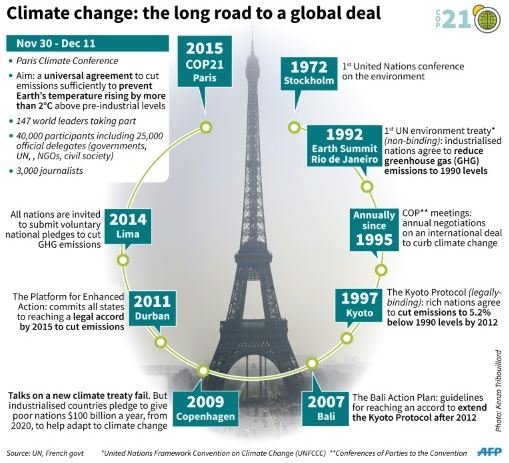 The Conference of Parties (CoP) is the supreme decision-making body at the convention and comprises states that are party to it.

The proposal of legally binding targets was further emphasised upon in COP2 in Geneva in 1996.

In COP4 in 1998 and COP5 in 1999, the rulebook for implementing the Kyoto Protocol was on the process with the adoption of the Buenos Aires Plan of Action in COP4, along with continued negotiation efforts in COP5.

The COP8 in 2002, which was held in “New Delhi”, emphasised on adaptation measures and stressed that poverty alleviation and development were the utmost priority of developing countries.

In COP in Lima in 2014, countries submitted their own climate ambitions in the form of intended nationally determined contributions (INDCs).