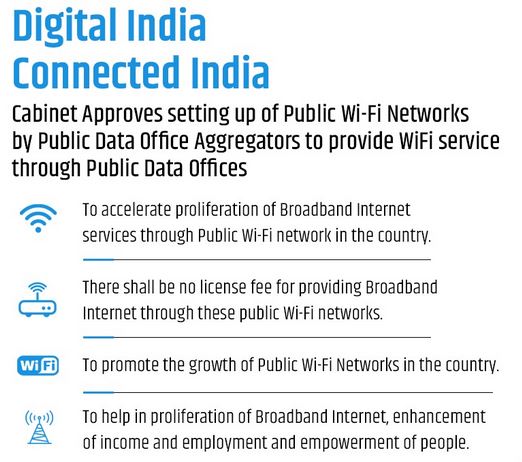 In a bid to improve wireless connectivity, the Union Cabinet approved setting up of the public WiFi was part of the Prime Minister WiFi Access Network Interface (PM- WANI).

According to TRAI, in most major economies, for 50%-70% of their total usage time, mobile users use WiFi technology to communicate. However, in India, this figure is less than 10%.

A note for users