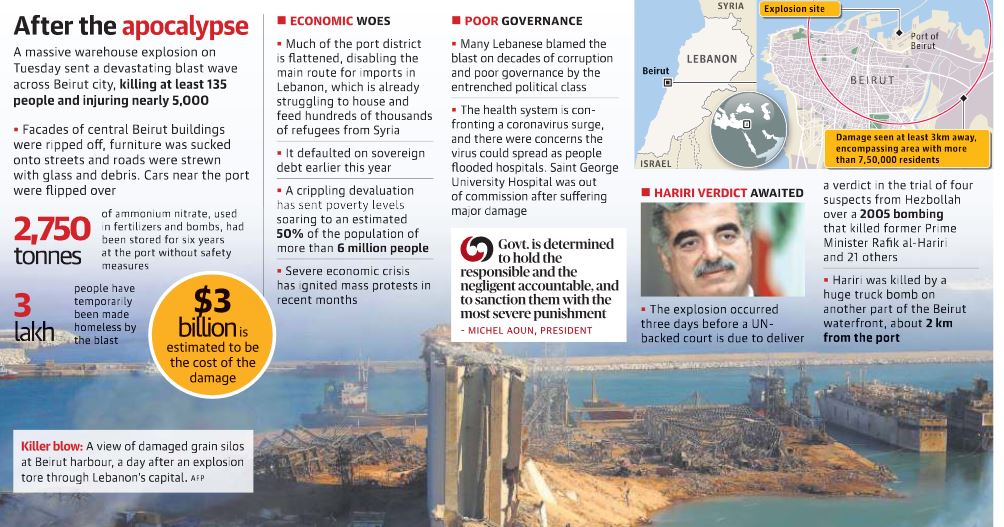 The catastrophic explosion at Beirut port, Lebanon caused by the blast of over 2,700 tonnes of ammonium nitrate, has rocked the world.

What is Ammonium Nitrate?

Ammonium nitrate as an explosive

Regulations in India about ammonium nitrate