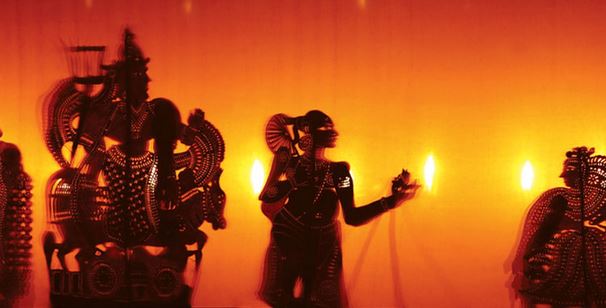 A shadow leather puppet in Kerala’s famous temple art Tholpavakkoothu is being animated by a robot in Palakkad.

Setup of the art