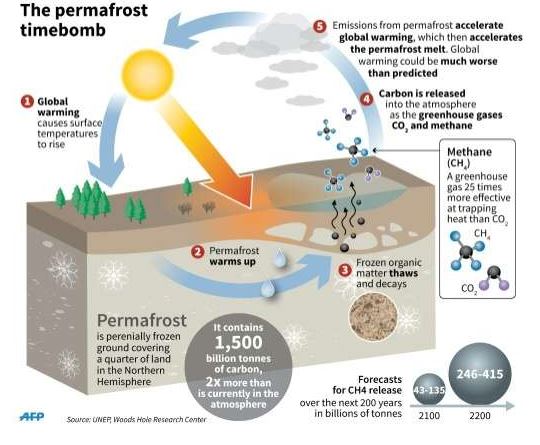 The latest IPCC report has warned that increasing global warming will result in reductions in Arctic permafrost and the thawing of the ground is expected to release greenhouse gases like methane and carbon dioxide.

Why a matter of concern?

Potential to cause another pandemic

Ans. Permafrost has many secrets.