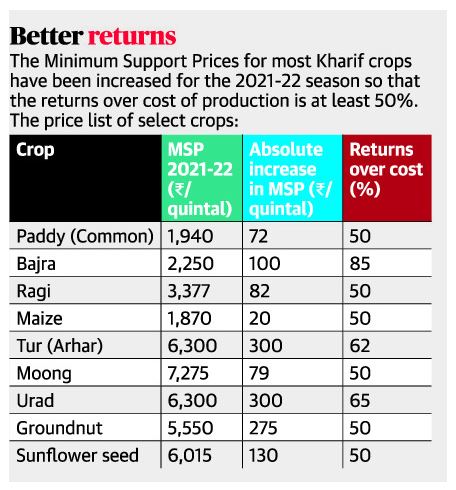 The Central government has hiked the minimum support price (MSP) for the coming Kharif season. The decision was taken by the Cabinet Committee on Economic Affairs.

Answer this PYQ from CSP 2018 in the comment box:

The Cabinet Committee on Economic Affairs has announced the Minimum Support Price for which of the above?

What is the Minimum Support Price (MSP) system?