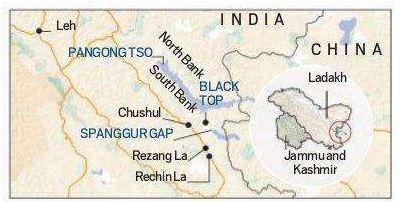 The Chushul sub-sector has come into focus in the standoff between the Indian and PLA troops.

What is the Chushul Valley?

What is its strategic importance to India?

How is Chushul important to China?

What are the challenges in this area?