Communication is a critical element of monetary policy. Yet there seems to be a gap between what the MPC says and what the RBI does.

Following are the ways which indicate the communication gap between the RBI and the MPC, with several implications for the credibility of the MPC.

Why is communication so crucial? To influence inflation expectations!

2] Change in the Monetary Policy Corridor width during pandemic

3] Introduction of policy instruments outside the remit of MPC

4] Intervention in the foreign exchange market

The net result of all these actions is a potential loss of both clarity and credibility. The communication gap will need to be closed in order for the RBI to become successful in bringing inflation back to its 4 per cent target level. 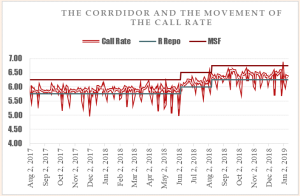