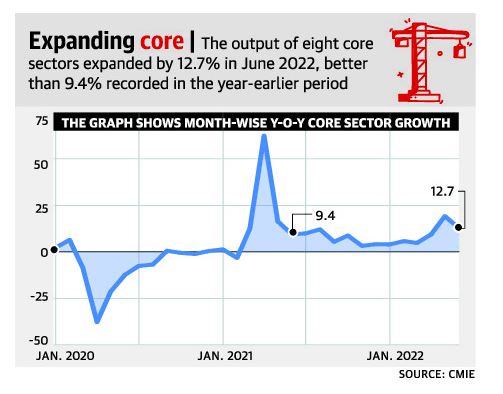 India’s eight core sectors’ output growth moderated to 12.7% in June, from 18.1% in May, with all sectors except crude oil registering an uptick in production.

What are the Core Industries in India?

[A] Index of Eight Core Industries

Components covered in these eight industries for the purpose of compilation of index are as follows:

[B] Index of Industrial Production

Difference between the two

Do you know about the Strategic Sectors?

The government has identified four strategic sectors where the presence of state-run companies will be reduced to a minimum.

Q.In the ‘Index of Eight Core Industries’, which one of the following is given the highest weight?