Q.What are the various facets of Digital Divide in India? Discuss how the Digital India initiative has impacted ruling out India’s digital divide? 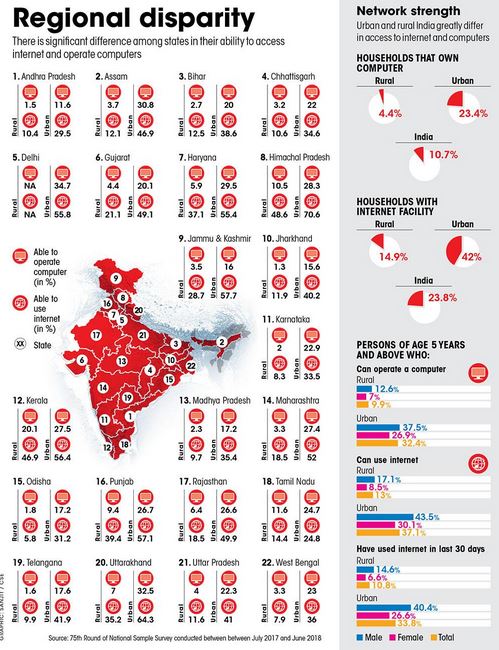 What is Digital divide?

A digital divide is any uneven distribution in the access to, use of, or impact of information and communications technologies between any number of distinct groups, which can be defined based on social, geographical, or geopolitical criteria, or otherwise

What are the implications of the digital divide?

In the age of social media, political empowerment and mobilization are difficult without digital connectivity.

Rural India is suffering from information poverty due to the digital divide. It only strengthens the vicious cycle of poverty, deprivation, and backwardness.

The digital divide causes economic inequality between those who can afford the technology and those who don’t.

The digital divide is also impacting the capacity of children to learn and develop.
Without Internet access, students can not build the required tech skills.

Facets of the great Digital Divide in India

Programmes for Addressing the Challenges in Bridging the Digital Divide:

India taking significant steps towards acquiring competence in information and technology, the country is increasingly getting divided between people who have access to technology and those who do not.