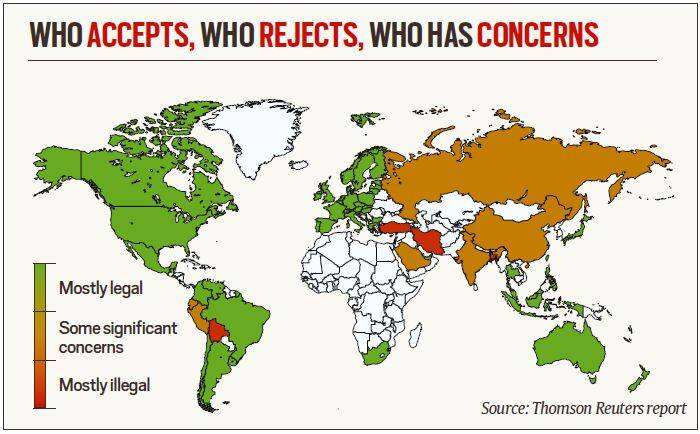 The Cryptocurrency and Regulation of Official Digital Currency Bill, 2021 was listed for introduction in Parliament’s Winter Session.

How are cryptocurrencies regulated in countries around the world?

The stance of countries and regulators has ranged from:

Among the countries that haven’t issued detailed regulations, there are those that have recognized and defined these currencies.

(b) a private key of a cryptographic system that enables a person or entity to have access to a digital representation of value referred to in paragraph (a).