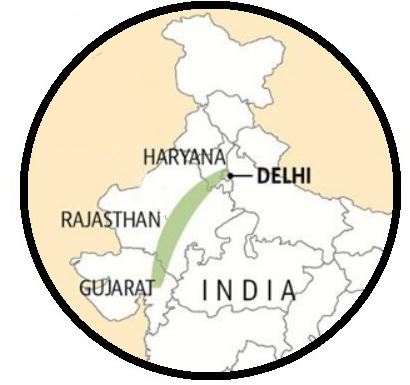 The Supreme Court has ordered the Haryana government to take “all essential measures” to remove encroachments, including some residential constructions, in the ecologically fragile Aravali forest land near a village.

Threats to its existence

Q.With reference to the river Luni, which one of the following statements is correct?

(a) It fl ows into Gulf of Khambhat

(b) It fl ows into Gulf of Kuchchh

Hey sunil
Are you sure?