The latest edition of the Democracy Index spells gloom for India. The world’s biggest democracy slipped 10 places in the 2019 global ranking to 51st place. 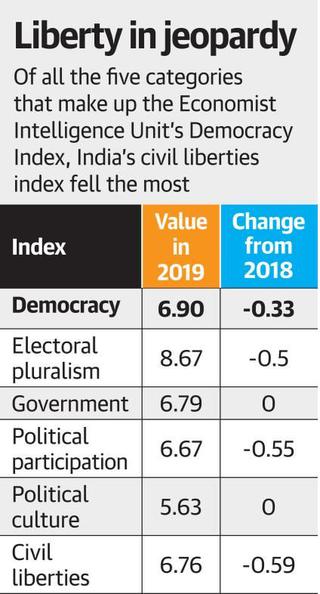 The Index also categorizes India under “flawed democracies”, i.e. countries that hold free and fair elections and where basic civil liberties are respected, but have significant weaknesses in aspects of democracy, such as problems in governance, an underdeveloped political culture and low levels of political participation.