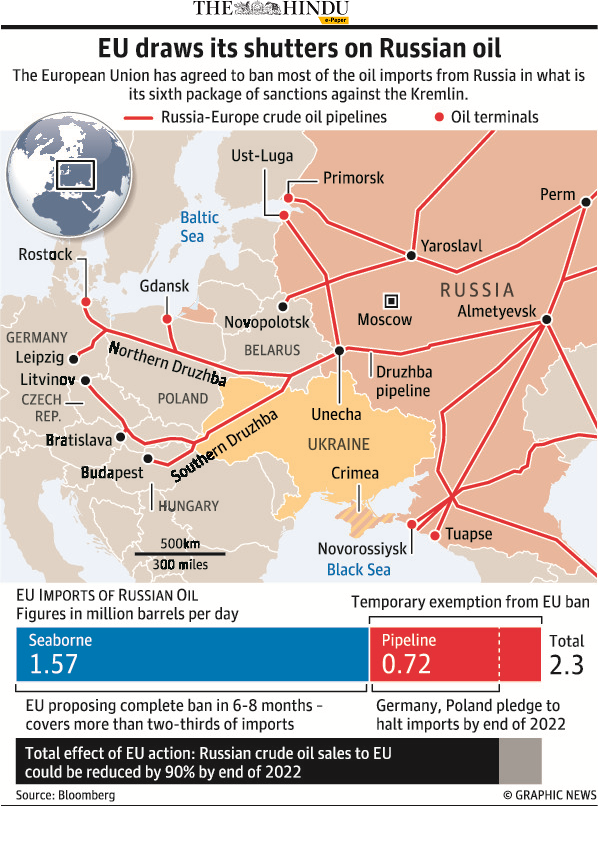 As part of the sixth package of sanctions since Russia’s invasion of Ukraine, the European Union member states reached an agreement to ban 90% of Russian crude oil imports by the end of the year.

What was the rationale behind such a move?

Why such a move now?

What are the terms of the ‘compromise deal’ that has been agreed upon?

Why was exemption given for pipeline imports?

How will the sanctions affect Russia?

Impact on the ongoing war

How will the sanctions affect Europe?

What about the import of Russian gas?

Indian response to these developments