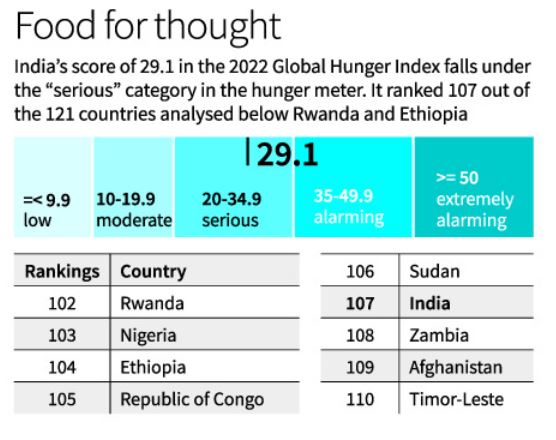 India ranks 107 out of 121 countries on the Global Hunger Index in which it fares worse than all countries in South Asia barring war-torn Afghanistan.

How India performs among its neighbours?

Reasons for such poor performance

Issues over credibility of GHI