Prelims level : Maldives and its location 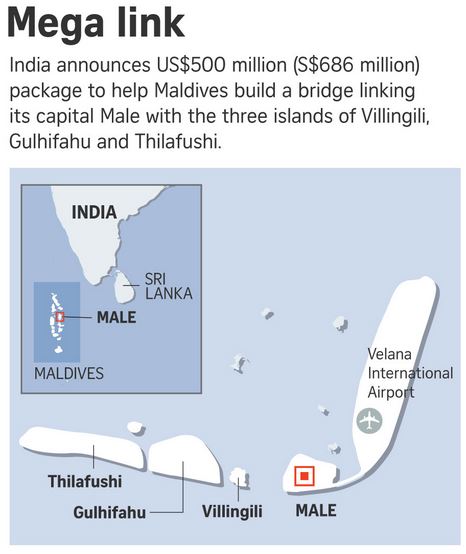 Maldives has announced the signing of a $500-million infrastructure project for the construction of the Greater Malé Connectivity Project (GMCP) with India.

Significance of the Project

The Chinese-made 1.39 km-long Sinamalé Bridge connects Malé with the islands of Hulhulé and Hulhumalé and this project, four tiles longer, would link the other three islands.

Why it is needed?

Why did Male opt for India’s offer?

Importance of Maldives for India

What hinders India in Male?