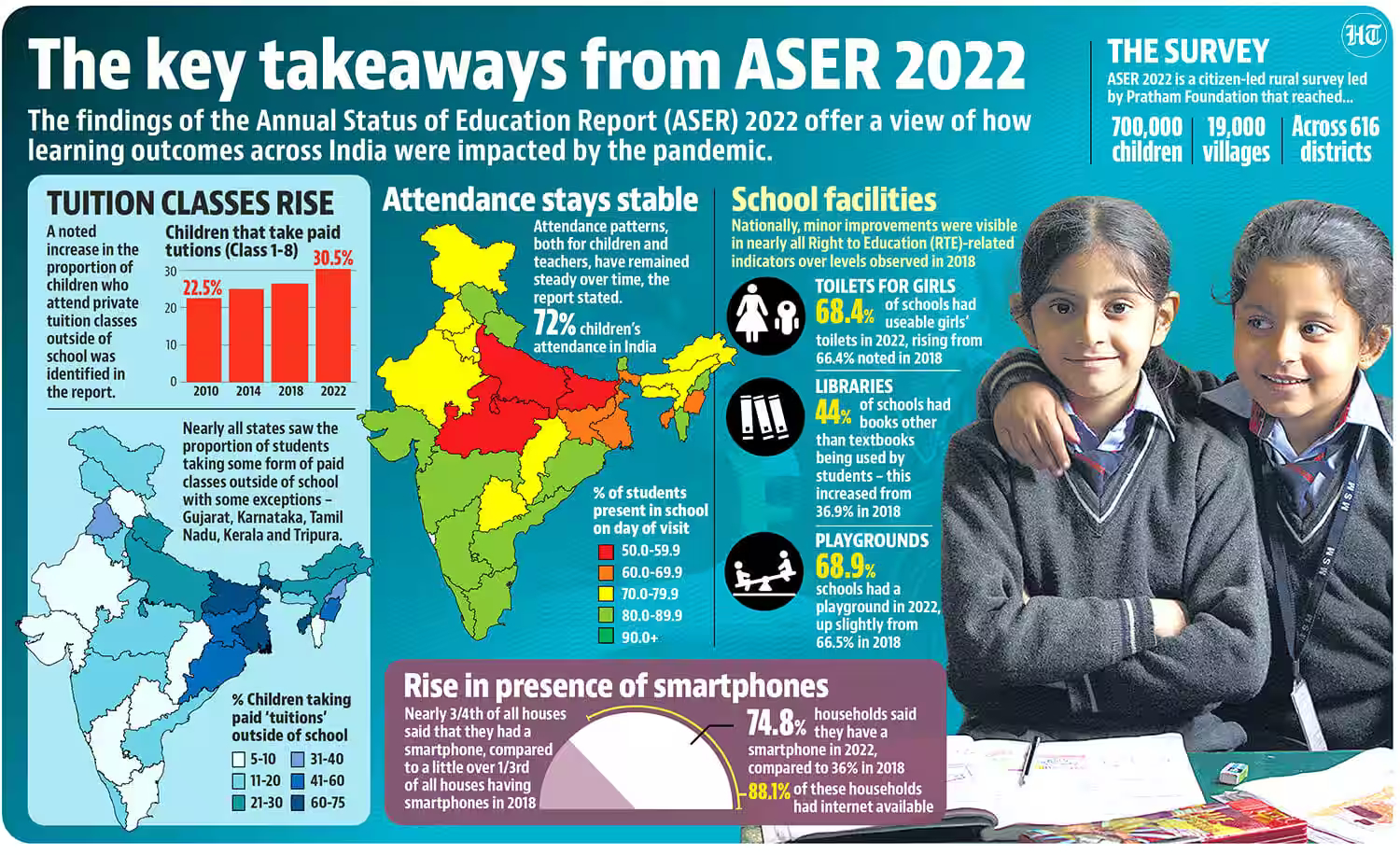 Pratham’s Annual Survey of Education Report (ASER) 2022 — the first full-fledged one after the pandemic has now been published.

How is the survey conducted?

The ASER 2022 report, which surveyed 6.99 lakh children aged 3 to 16 across 616 rural districts, however, bears some good news. School-level enrolment continues to grow strong and fewer girls are now out of school.