Prelims level : Highlights of State of the World’s Birds Report

The State of the World’s Birds, an annual review of environmental resources has revealed that the population of 48% of the 10,994 surviving species of birds is declining.

State of the World’s Birds

What are the key findings of the study? 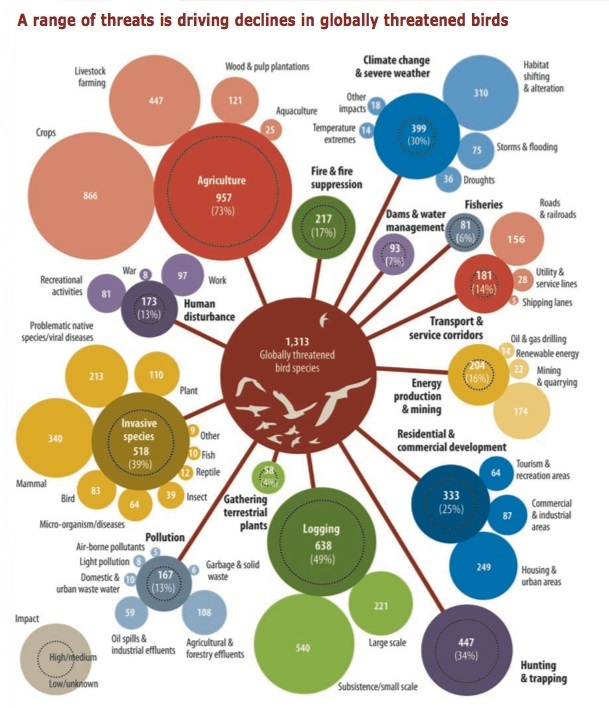 Where the birds are threatened the most?

What is the importance of birds to ecosystems and culture?

What are the threats contributing to avian biodiversity loss?