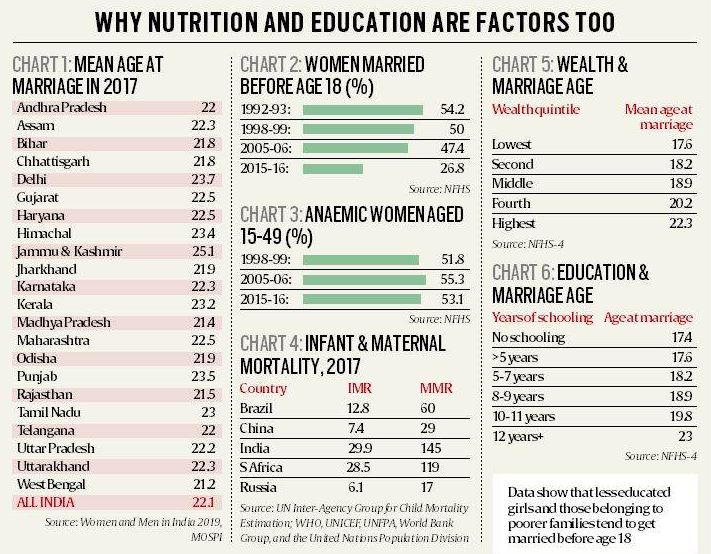 PM had announced a panel to fight malnutrition in young women and ensure they get married at the right age. Take a look at how the two are linked:

How prevalent is underage marriage?

Q. Discuss how marriage age and women’s health are linked with each other?

How does the age of marriage correlate with health?

What delayed marriage can alter?

What do the data show?