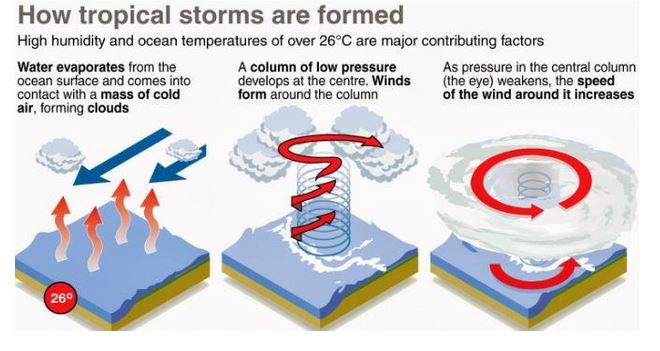 Severe cyclonic storm ‘Asani’, packing winds above 105 kmph and setting off heavy rain, is likely to make landfall on the eastern coast of India.

What are tropical Cyclones?

Requirements for a Cyclone to form

There are six main requirements for tropical cyclogenesis:

How are the cyclones named?

Why is it important to name cyclones?