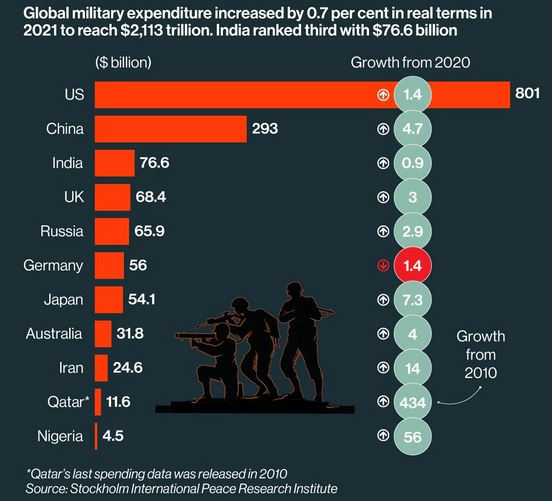 World military spending continued to grow in 2021, reaching a record $2.1 trillion despite the economic fallout of the pandemic, according to new data on global military spending published by the Stockholm International Peace Research Institute (SIPRI). 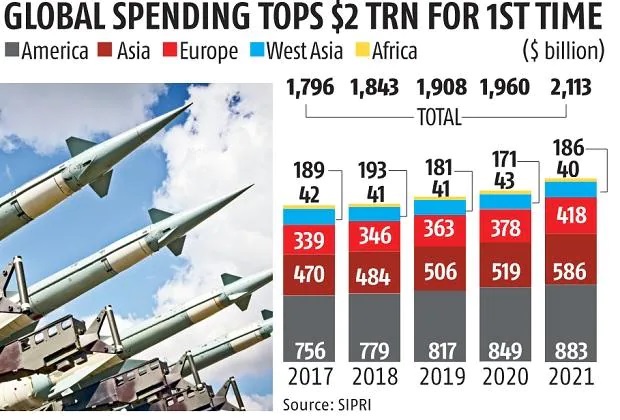 What about Russia and Ukraine?