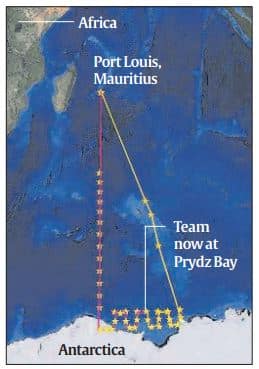 A South African oceanographic research vessel SA Agulhas set off from Port Louise in Mauritius, on a two-month Indian Scientific Expedition to the Southern Ocean 2020. Recently the vessel was at Prydz Bay, in the coastal waters of “Bharati”, India’s third station in Antarctica.

About the Southern Ocean expedition

Core projects of the expedition