The U.S. has announced sanctions including asset freezes and visa bans against two officials of the International Criminal Court (ICC) at The Hague.

The ICC has faced a number of criticisms from states and society, including objections about-

Implications of US sanction 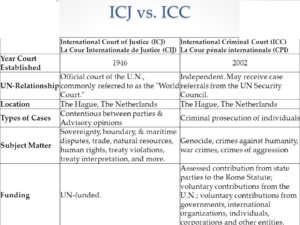