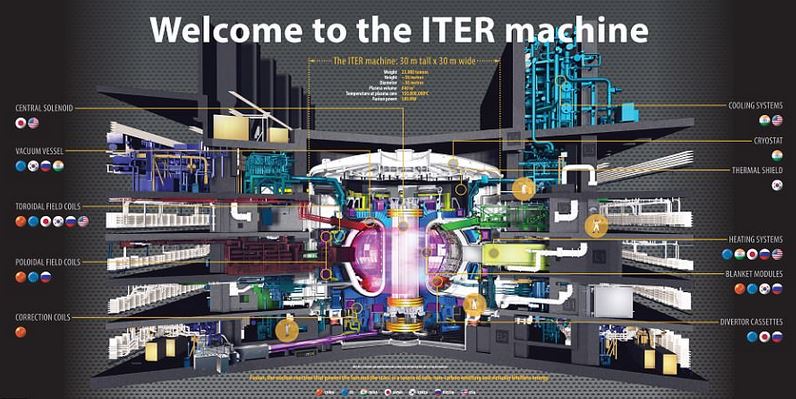 The heavy engineering division of L&T dispatched a giant Cryostat lid, to International Thermonuclear Experimental Reactor (ITER) site in France from its Hazira unit in Gujarat.

Which of the above projects have India’s active participation?

d) All of them

Minutes of the project

How it is different from nuclear fission?