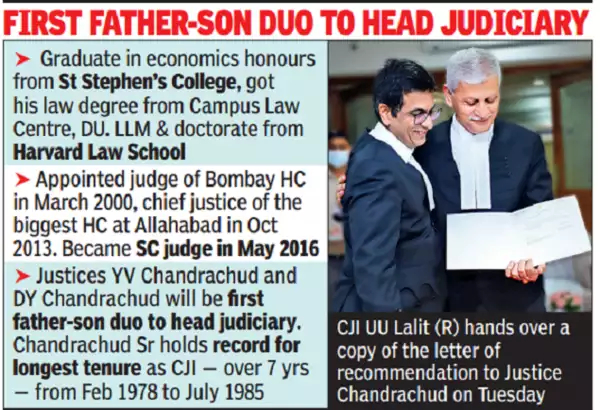 Chief Justice of India U.U. Lalit nominated Justice D.Y. Chandrachud as his successor. He will be 50th CJI.