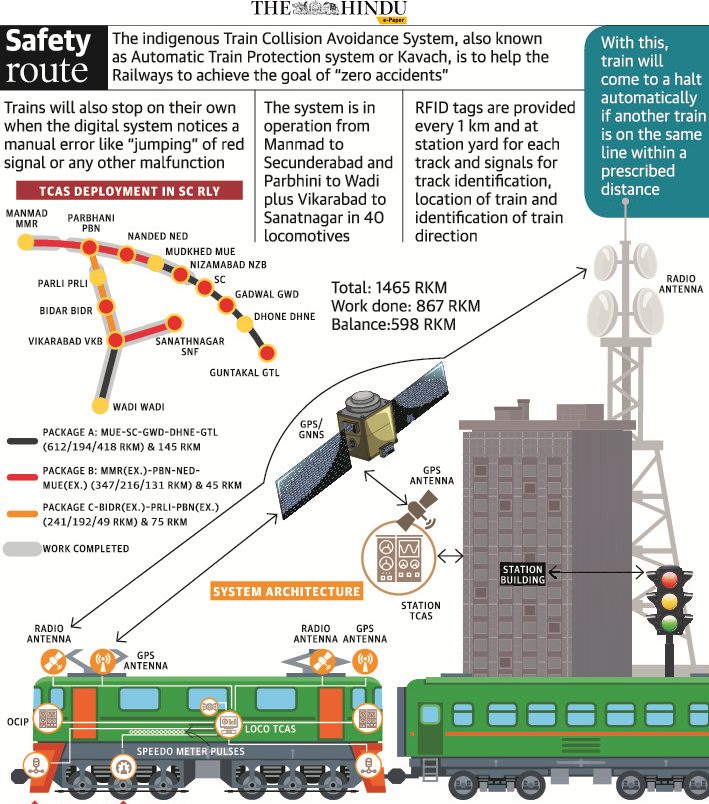 Kavach, this indigenously developed Automatic Train Protection System is earmarked for aggressive rollout on 2,000 km in 2022-23, according the Budget proposals.

What is the upgrade?

How far is the rollout?