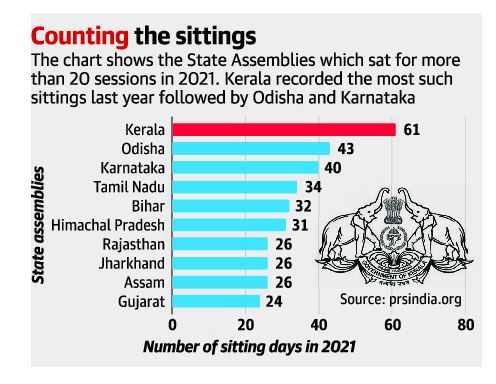 Kerala, which slipped to the eighth slot in holding Assembly sittings during the first wave of the COVID-19 pandemic in 2020, returned to the top spot in 2021, with its House sitting for 61 days, the highest in the country.

How did other states fare?

Why is this ranking significant?