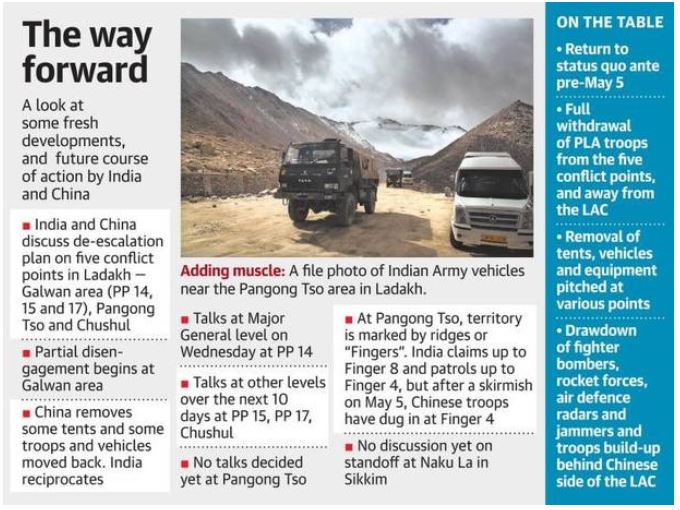 China said that it had “reached an agreement” with India on the ongoing tensions along the Line of Actual Control (LAC), a day after India announced troops from both sides had begun a “partial disengagement” from some of the stand-off points.

Q. “Early settlement of the boundary question serves the fundamental interests of both countries”. Discuss in light of the ongoing border skirmishes between India and China.

No final solution yet