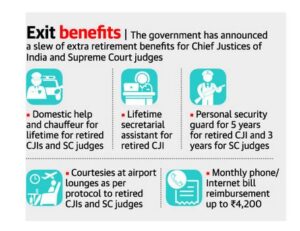 The Centre amended the Supreme Court Judges Rules the second time in a week to provide chauffeurs (car driver) and domestic help for retired Chief Justices of India and Supreme Court judges for their entire lifetime.