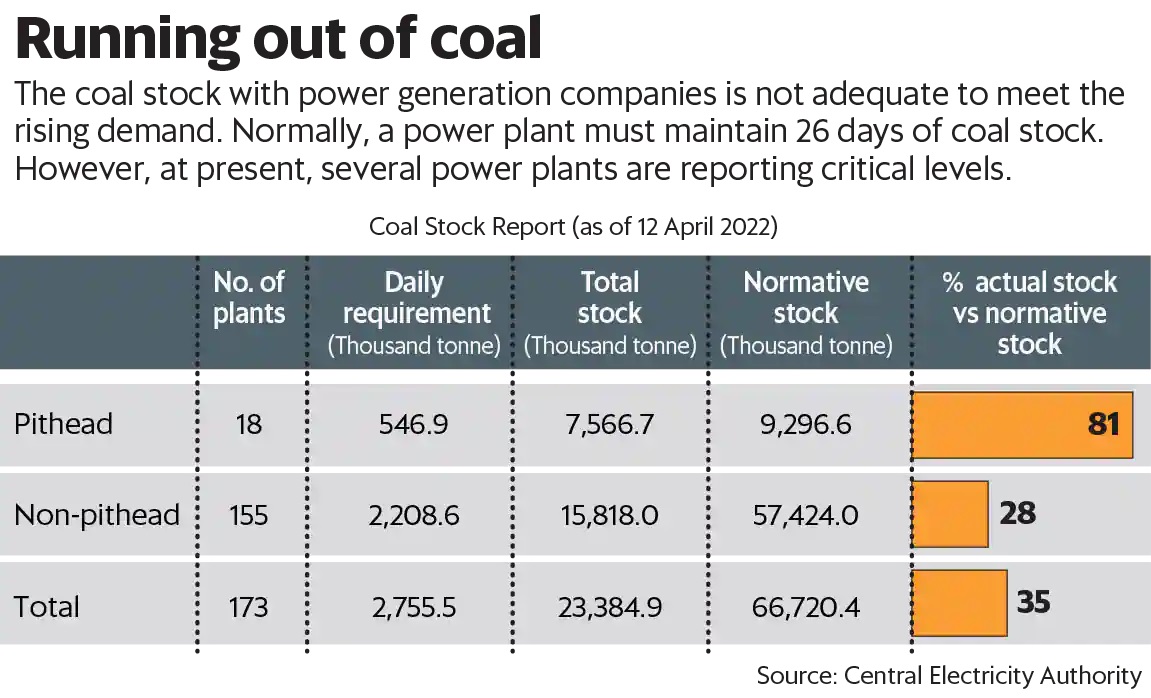 Temperatures have shot up across many parts of the country with the early onset of summer, leading to a rise in the demand for power. Instances of power outages have been reported in several states.

Why is there a concern around power supply?

How bad is the coal shortage?

Note: Non-pithead plants are power plants where the coal mine is more than 1,500 kilometres away.

Is coal shortage the only reason for a power crisis?

What has led to the coal shortage?

How has the Centre responded?