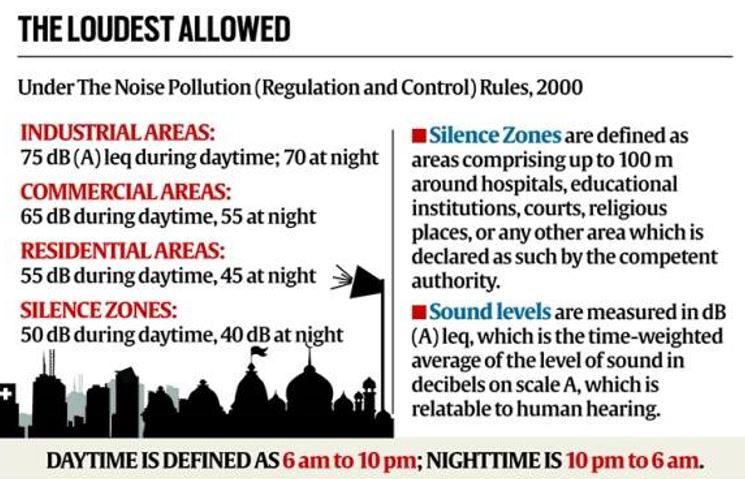 Illegal and unauthorized loudspeakers had been taken down across the Uttar Pradesh and their loudness had been capped, under “an existing government order of 2018, and set rules for sound decibel limits and court directions”.

What is noise pollution?

Objective of the NPR, 2000: To regulate and control noise producing and generating sources with the objective of maintaining the ambient air quality standards in respect of noise