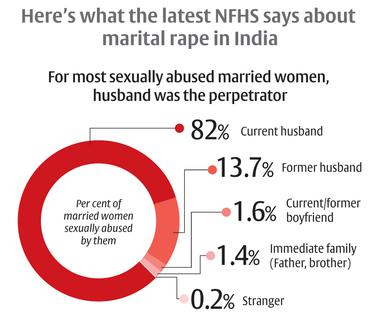 The Supreme Court is set to begin hearing a series of petitions seeking to criminalize marital rape from March 14.

Reasons for disapproval of this concept

However, marital rape is still not a criminal offense in this case and is only a misdemeanor.