Mains level : Myanmar coup and its impact on India 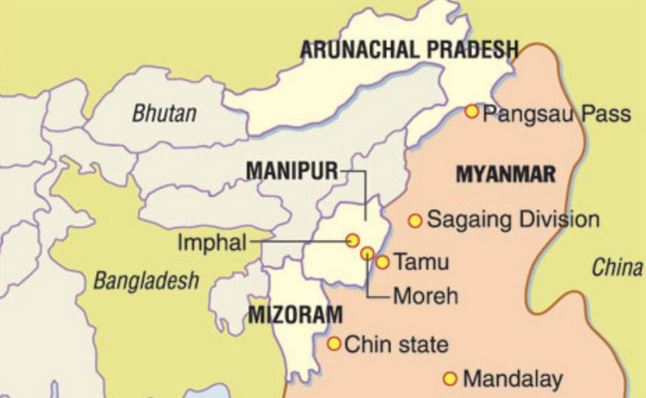 India has sealed all entry points along the border with the southeast Asian neighbour and is closely monitoring to prevent any Myanmar nationals from entering the country.

When did the refugees start arriving?

The cross-border movement of insurgents is only one of the several security challenges facing the policing of the border in North-East India. Examine the various challenges currently emanating across the India-Myanmar border. Also, discuss the steps to counter the challenges. (15 Marks)

Is this the first time this has happened?

How porous is the border?

Unlike India’s border with Pakistan and Bangladesh, much of the border with Myanmar is without any fence.

Note: Myanmar has indefinitely stalled the agreement to streamline the free movement of people within 16 km along the border citing domestic issues.

Where do the Centre and Mizoram stand now?