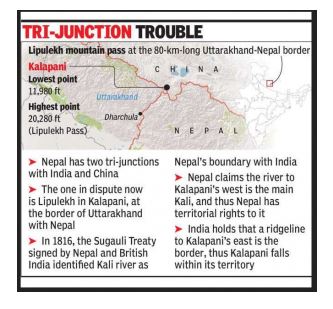 Nepal has raised the Kalapani boundary dispute with India during the Joint Commission meeting of the Foreign Ministers.

Q.The India-Nepal bilateral relations these days are increasingly seen through the lens of China factor. Examine.

Since, the Gandak change, of course, has been gradual, India claimed Susta as part of their territory as per international laws.