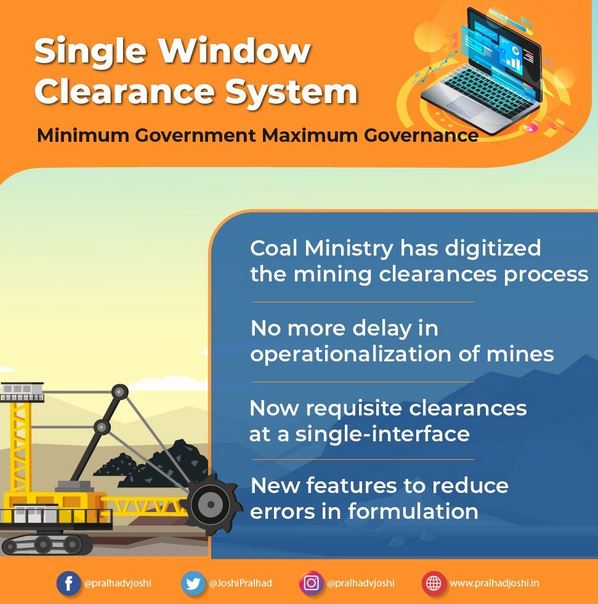 The Union government has announced a new online single window clearance portal for the coal sector to speed up the operationalization of coal mines.

What is a single-window clearance portal?

Why need such a portal?

How will the portal help?