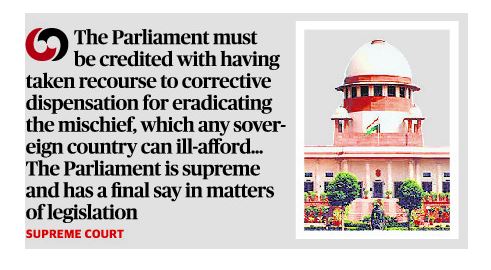 The Supreme Court upheld amendments introducing restrictions in the Foreign Contribution Regulation Act (FCRA) while holding that no one has a fundamental or absolute right to receive foreign contributions.

Why was FCRA enacted?

What was the recent Amendment?

How has the law changed?

There are at least three major changes that NGOs find too restrictive.

What is the criticism against these changes?

What does the Government say?

What did the Supreme Court observed now?