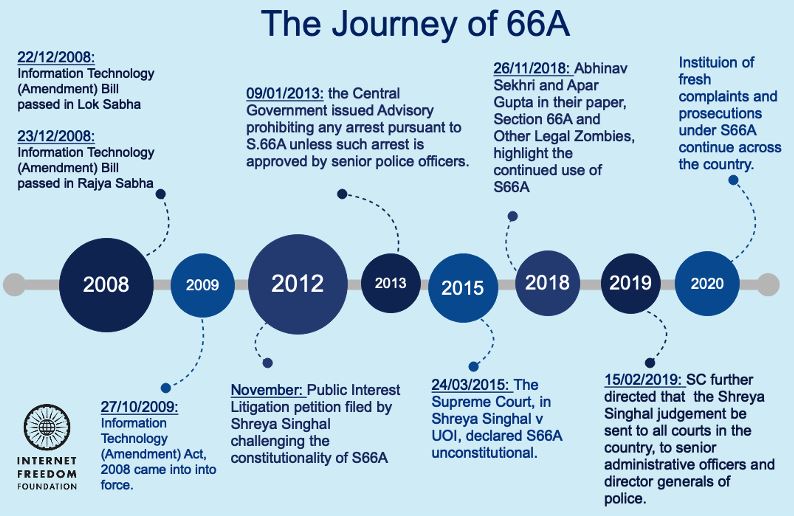 The Supreme Court has ordered States and their police forces to stop prosecuting free speech on social media under Section 66A of the Information Technology Act which was declared unconstitutional by the court in a judgment seven years ago.

What did Section 66A do?

Why was the law criticized?

So, how did 66A come under the Supreme Court’s scrutiny?

What were the grounds for the challenge?

What did the Supreme Court decide?