Pakistan is unlikely to exit the Financial Action Task Force (FATF’s) greylist with this plenary session as well.

Why is Pakistan under its scanner?

FATF has 2 types of lists;

The FATF blacklist or OECD blacklist has been issued by the Financial Action Task Force since 2000 and lists countries which it judges to be non-cooperative in the global fight against money laundering and terror funding.

The FATF updates the blacklist regularly, adding or deleting entries. 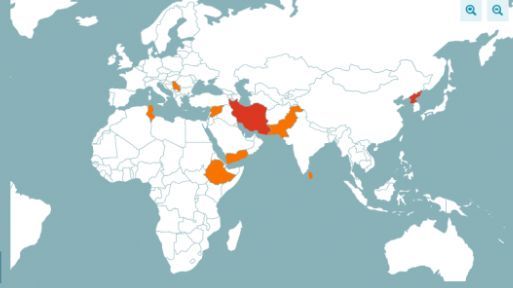 (This map shows the countries included in the Greylist)

2. Meaning of Grey List: Those countries which are not considered as the safe heaven for supporting terror funding and money laundering; included in this list. The inclusion in this list is not as severe as blacklisted.

Now Grey list is a warning given to the country that it might come in Black list (Just like a yellow card in a football match). If a country is unable to curb mushrooming of terror funding and money laundering; it is shifted from grey list to black list by the FATF.