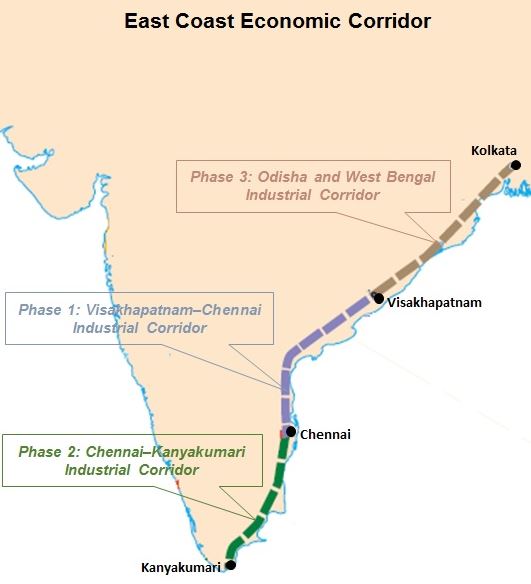 The Asian Development Bank (ADB) and the Centre have signed a $484 million loan to improve transport connectivity and facilitate industrial development in the Chennai–Kanyakumari Industrial Corridor (CKIC).