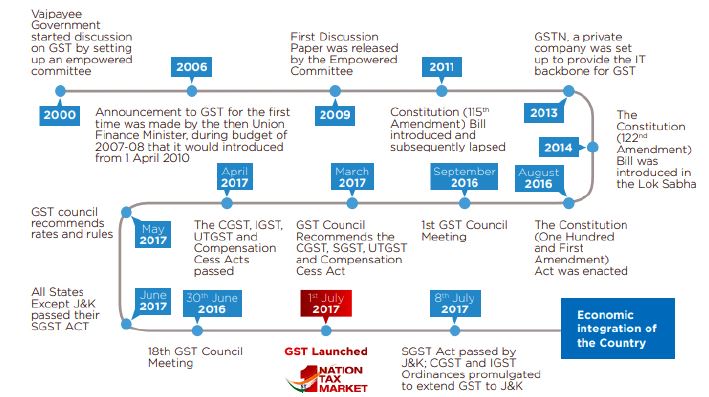 The Prime Minister has lauded Goods and Services Taxes (GST) on its completion of 4 years and said it has been a milestone in the economic landscape of India.

Q.All revenues received by the Union. Government by way of taxes and other receipts for the conduct of Government business are credited to the (CSP 2015):

(a) Contingency Fund of India

What are the components of GST?

There are three taxes applicable under this system: