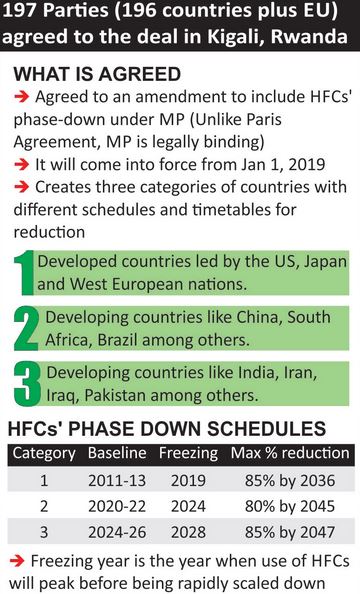 The Union Cabinet has given its approval for ratification of the Kigali Amendment to the Montreal Protocol on Substances that Deplete the Ozone Layer for phase down of Hydrofluorocarbons (HFCs) by India.

What is Montreal Protocol?

India and the Protocol

What is the Kigali Amendment?

What are the Ozone Depleting Substances?

Ozone-depleting substances are chemicals that destroy the earth’s protective ozone layer. They include:

Where are they used?

The main uses of ozone-depleting substances include:

Which of the statements given above is/are correct? (CSP 2012)

Why phase them out? 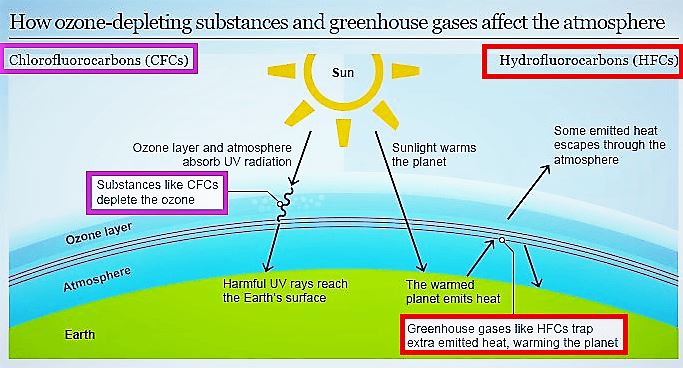