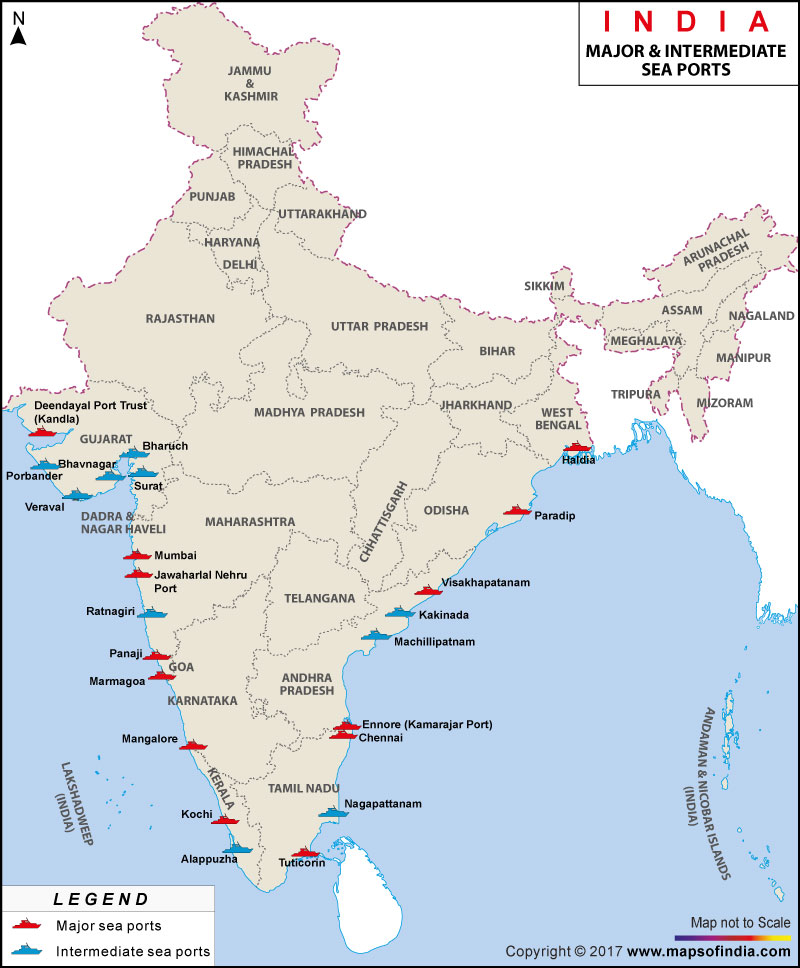 The Ministry of Shipping has reviewed the development activities of the Vallarpadam Terminal of Cochin Port, envisaged as first trans-shipment port of India.

Q.Recently, which of the following States has explored the possibility of constructing an artificial inland port to be connected to the sea by a long navigational channel?

It successfully fulfils all the criteria which are needed to develop it as trans-shipment hub which include: