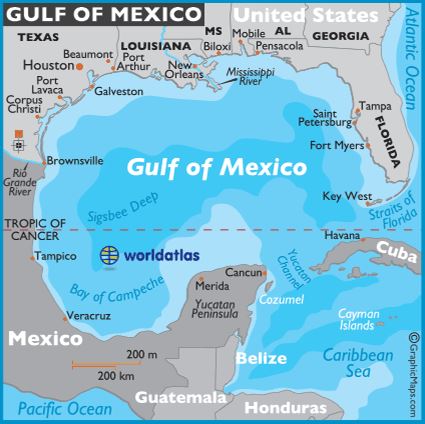 An oil spill spanning at least 10 miles has been captured by satellite imagery in waters off the Louisiana coast near the Gulf of Mexico.