The Union Cabinet has approved a proposal by the Home Ministry to dissolve the Puducherry Assembly and impose President’s Rule in the Union Territory.

Q.Which of the following is not necessarily the consequences of the proclamation of the President’s Rule in a State?

Select the correct answer using the code given below

What is President’s Rule?

How long President’s Rule can last?

Bommai v. Union of India (1994) was a landmark judgment of the Supreme Court of India, where the Court discussed at length provisions of Article 356 of the Constitution of India and related issues.

What was its verdict?

The imposition of President’s Rule in a state would be improper under the following situations: 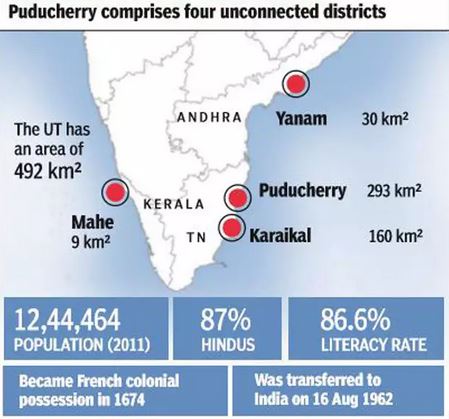