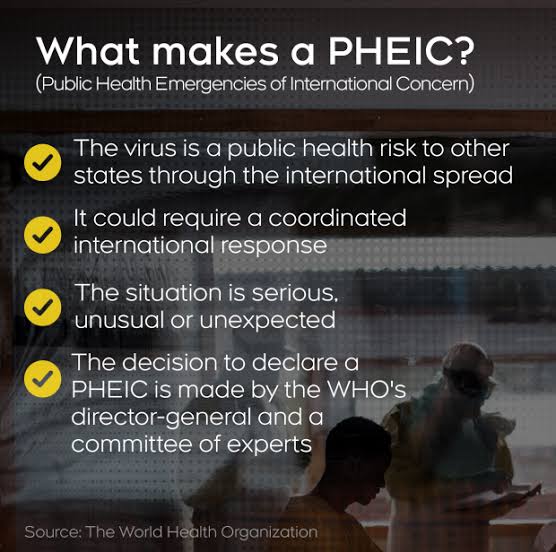 The World Health Organization (WHO) has declared the novel Coronavirus infection a Public Health Emergency of International Concern (PHEIC). In the past decade, WHO has declared public health emergencies for outbreaks including swine flu, polio and Ebola.

What criteria does the WHO follow to declare PHEIC?

Implications of a PHEIC being declared