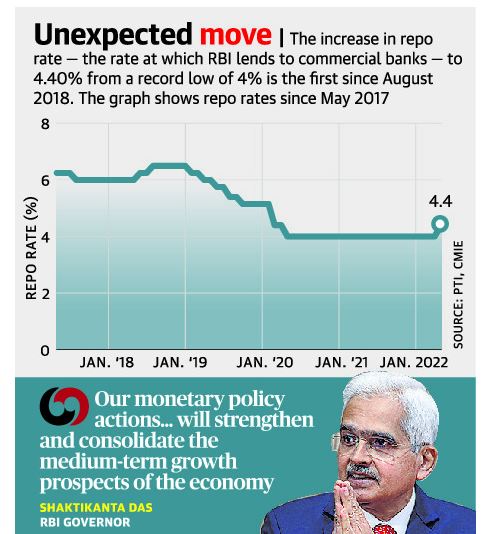 The Reserve Bank of India (RBI), in a sudden move, raised the repo rate by 40 basis points (bps) to 4.4% citing inflation that was globally rising alarmingly and spreading fast.

Hues over the REPO spike

What is Repo Rate?

How does the repo dynamics work?

What triggered the RBI to take sudden decision?

Q.If the RBI decides to adopt an expansionist monetary policy, which of the following it would NOT do?

Post your answers here:
2
Please leave a feedback on thisx