What does it take to be self-reliant? (Hint: R&D!) This is the question this article tries to answer.  After independence, we had a good start in R&D. But what went wrong? What was the role played by globalisation? Did the globalisation deliver on its promise of technology transfer? And finally, what lies on the way forward for India? This article answers all such question. 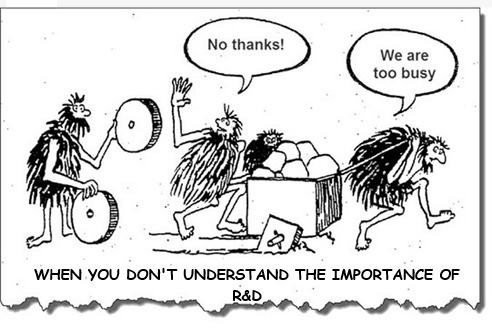 What did India lose in the ‘lost decades’?

What happened to ‘self-reliance’ after India embraced globalisation?

So, what are these two basic ideas?

1. Unsuitability of PSUs in the globalised world

So, what was the result of this attitude towards PSUs?

2. Foreign companies were expected to bring new technologies in India

So, what happened on the ground?

1. Focus on technology and industries

2. Focus on off-shore manufacturing and not on self-reliance

Consider the question “The path to the self-reliance of any country goes through robust capabilities in the R&D. Comment”

Self-reliance would need a paradigm shift in our approach toward many things. First and foremost is the R&D. Potential of the PSUs has to be tapped to their fullest in the realms of R&D. The second area of focus should be education. These two areas are the key to achieve self-reliance and should be the focus of policymakers.

The bombay plan was thrown in the trash by Jawaharlal Nehru, just beacuse he was tilted toward Communism and loves socialism.
Till 1991 no govt interested in opening Indian economy, India’s liberalizarion was due to world bank’s and IMF’s threat and nobody’s personal efforts.
In recent years Indian industry adapted so much technologies, implemented AI, Rooting slow but steady world class ecosystem that have huge attracting power.
From Agriculture to Pharmaceutical, from Mining to space, from IT to Tourism, a 3 Dimentional developement is seen, India’s each and every element putting their effort to build Nation INDIA.
Recent FDI amendments in all sectors attracting investments.
The culture of taking initiative is started rooting among industry it is just seen during Chinese Virus pandemic, Induatry took initiative to manufacture Ventilators, PPE kits, Masks without political intereference.
Educational system supplying quality material to induatry interms of well knowldged and hardworking students.
Society is also aware about population control and implementing it in their lives.
People of India also contributing to the building Nation INDIA by keeping prosperity and peace among societies.
It means the remedy required for building successful and techno loving industrial culture evrything is now seeing in the Indian Market. Each and every industry keeping a reserve fund for R&D.