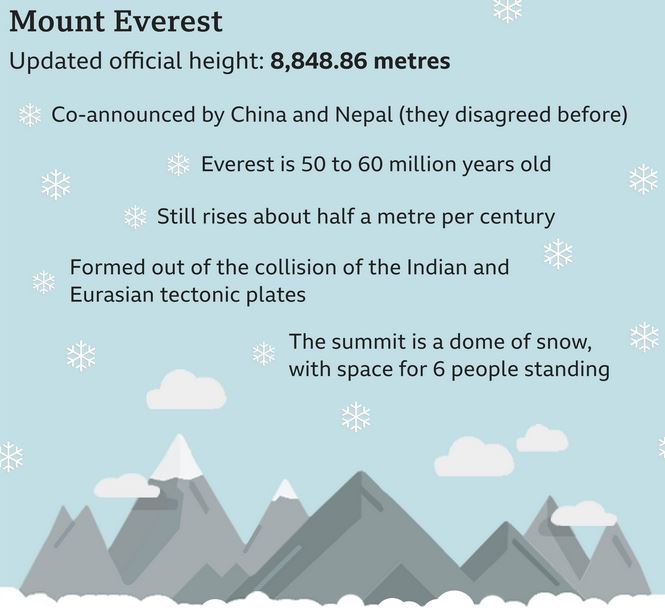 Nepal and China jointly announced the new height of Mount Everest as 8,848.86 meters.

8,848 metres — the answer to one of the most widely popular quiz questions, and a number drilled into the minds of school students around the world for decades, is set for a revision. 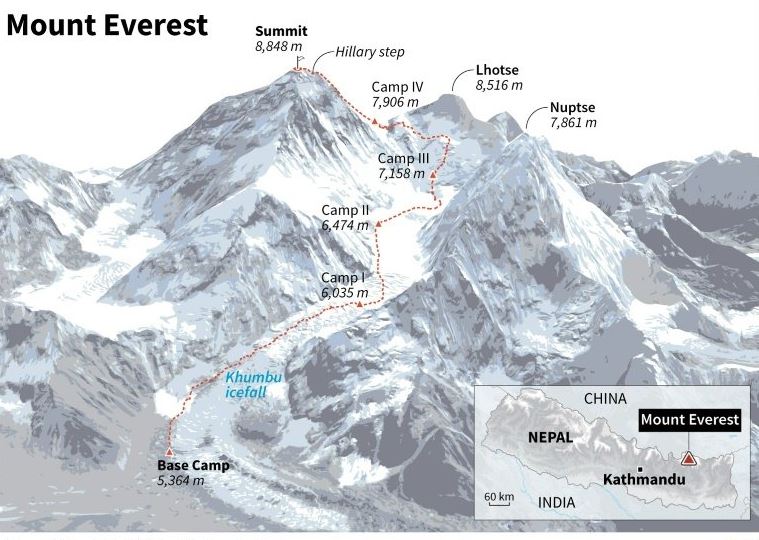 Q.When you travel to the Himalayas, you will see the following:

Which of the above can be said to be the evidences for the Himalayas being young fold mountains?

Why is the height being revised?