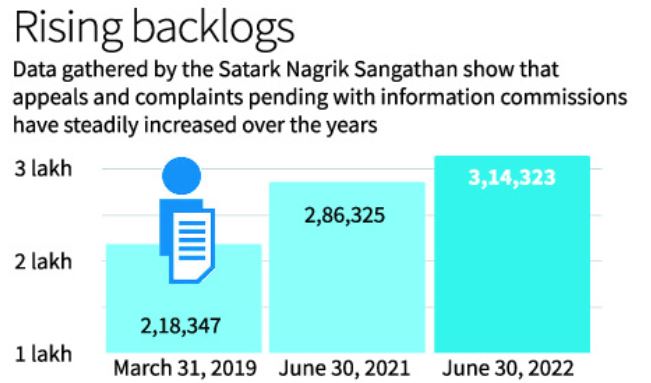 A good 17 years after India got the Right to Information (RTI) Act, the transparency regime in the country remains a mirage with nearly 3.15 lakh complaints and appeals pending with 26 information commissions across India.

What is the Right to Information?

What led to the introduction of RTI in India?

There has been a variety of internal and external pressures on governments to adopt RTI.

Governing of the RTI

The Right to information in India is governed by two major bodies:

State and CIC are independent bodies and CIC has no jurisdiction over the SIC.

Constitutional backing of the RTI

Limitations to the RTI

It is well recognized that RTI is pathbreaking, but has not proved sufficient, to improve governance in its capacity due to various shortcomings.  We need to improvise a lot on various parameters as discussed under:

Sir ,please must be continued mentioning the source of newspaper. 🙏